Because it is Wednesday, it’s time for another letter: B (see? I even typed that letter in Bold, which starts with ‘B’).

A to Z challenge: Letter A

Because animals are hilarious creatures

Be loving to animals, we share the world with them. Yes, there are dangerous ones out there, and I’m not saying go give them a hug and get killed in the process. All I want to say is that you should appreciate them. I’m not fully there, yet. I loathe spiders still and I’m still trying not to squash them, but hey, baby steps! There are a lot of funny creatures out there, do you know how many times I’ve played ‘stare’ with a squirrel? Well, not many times, but when I did, it made my day. Oh! That time I saw a couple of butterflies dancing in the air (or mating, depends on how you see it), and they were beautiful. I usually see a lot of geese and ducks and most of them don’t care if I walk by them, but there are some that are very territorial. The same goes for the seagulls, who seem to have a craving every second and try to steal my food –Pfft! The joke’s on them, they’ll still be hungry after eating my food. But, it’s still hilarious. I do get annoyed sometimes by creatures like the crows. I gotta give them credit, they’re smart and sneaky! I remember one day they literally formed a flying line (like planes about to land) and stole my sandwich right out of my hand! Then, the seagulls came and they all fought for it, so that was hilarious (karma crows!).

But you see, that’s how they are and that’s how they adapt. The bees and I have been getting along for the past 2 years (knock on any piece of wood you have), and even though it is sort of my fault when they chase me (hey, I’m not going to stop wearing my colourful dresses), they seem to know they need to keep their distance. Besides, the bees make my favourite treat, honey! Isn’t it hilarious? They scare the beehives out of me, but they repay me with honey! So, it’s a win-win; they have their fun, and I have my dessert. So, it’s not all so bad, and some animals are photogenic (photographers rejoice!). Let’s give them a break, at least for today :D.

Appreciate animals and sometimes, they’ll make your day. Despite their occasional annoyance, they’ll give you something to share with others. Life’s too short, enjoy them while it lasts. 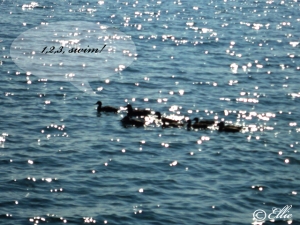 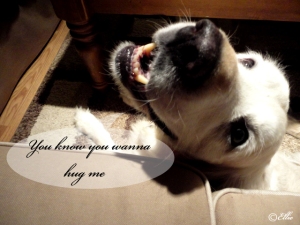