My first blog post was about spiders. No, I’m not a masochist. I just wanted to talk about my fear of spiders. If you haven’t read it, here it is: https://worldruler007.wordpress.com/2014/01/12/totally-owned-by-spiders/

Well, let me tell you that another spider came for a visit today. I’m now certain these spiders have some unhealthy love obsession with me. This creature appeared out of nowhere. It’s almost as if it teleported itself to my room (as if its presence wasn’t scary enough).

It’s almost Valentine’s Day. Perhaps, it wanted to ask me out? You know, because it probably hoped I’d be so glad to hold its legs, and skip around town sharing bug popsicles. Oh, the delicacy! I’m actually starting to freak out that spiders are out to get me, in a romantic way. But, whatever romantic intentions this particular spider may have had, I crushed them…literally. Surprisingly, I was able to “get rid of it” faster than the last time (no, I’m not starting to enjoy killing spiders).

How exactly did I achieve this? Raid spray? Vacuum? Nope. My choice of weapon was my shoe. Wait, I lied. I grabbed the broom first, hoping to squish it with the top of the stick, because the spider was hiding in the corner. I began to approach, and when I got close enough, something odd happened. In some sort of weird spider death wish, it positioned itself in the middle of the wall, thus allowing me to grab my shoe to…SPLAT! It didn’t even try to make a run for it.

The spider died, and I realized, I had just broken its heart, literally! It probably came with the best of intentions (at the time my brain prevented me from seeing this), and what was my first reaction? “Oh, NOOO, not YOU again!” Come to think of it, I didn’t even friendzoned it. I just squished it. No warnings. Well, I did warn it with my broom, though. Someday I hope to be able to grab a newspaper and throw the spider outside.

Tell me I’m not starting to sympathize with spiders… 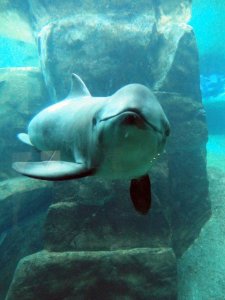 ^^^ this isn’t a spider. I wouldn’t post such photo for you guys :p. But, I thought it might put a smile on your face 😀

Of course! The world does rule me today!

I write about my daily life, and what comes to mind at any given time! I've been where you've been, and you've been where I've been. I'm just here to remind myself and everyone else, that life has its ups and downs. Yes, the world does rule me, but I do rule the world sometimes :). Feel free to leave your comments and thank you for reading my blog! View All Posts

11 thoughts on “Totally not owned by spiders…NOT.”