My hamster passed away years ago, but I have nothing but the best of memories of him. His name was Viggy Sidney. He was charming, but also had an attitude; however, he never bit me nor any of my family members! He was super friendly (I guess just like his mommy? hehe). He never married nor had a girlfriend. He was committed to his career as an actor (more like, I didn’t want him to date hehe).  He meant a lot to me, because I adopted him after my grandma passed away. He was a great companion. Here are a few of his adventures. I always told him, I would write about him someday.

He placed 3rd in a “Cutest Hamster” contest! What a stud 😀

He played Santa Claus and distributed goods to all the good hamsters (yes, the hat was photoshopped) 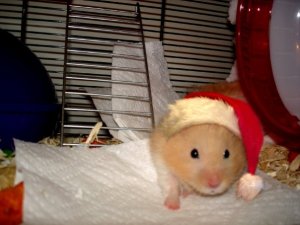 He took over as a reindeer whenever he was needed (yes, they were photoshopped)

He would stand in the corner until his igloo was cleaned!

Leonardo Di’Caprio had competition back then. Here’s Viggy Sidney playing the part of Jack in Titanic 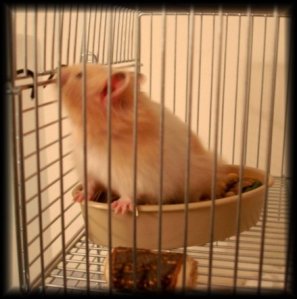 Here he is playing Anaconda

The Hunchback of Notre Dame

In his dressing room. “Could someone pass me my script?” 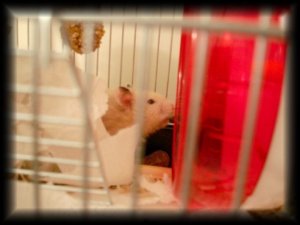 I wanted to think he was playing Mission Impossible, but in reality, he was sleeping and snoring! 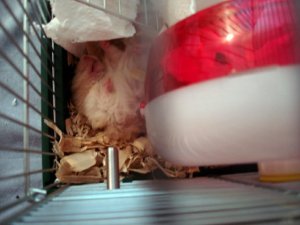 This was his first purchase after winning the Oscar

Of course! The world doesn’t rule me today  (I’m winning against the world, eh?)

One thought on “My late hamster, the actor.”

the art of self encouragement
Scott Andrew Bailey